l was an addict by the time I was six or seven; that is, I was addicted to Dark Shadows, the gothic soap opera from the late 1960s. In fact, it’s a miracle I ever made it out of first grade.

During recess, we played a silly game of jump rope while calling out the names of occupations we’d do when we grew up. ”Doctor, lawyer, Indian chief,” or something like that. I played along, but interjected “vampire” somewhere in the list.

I really got in hot water when I chased screaming girls around the playground threatening to turn them all into vampires. It was a good thing that Miss Elton, my first grade teacher, was also my Sunday School teacher.  She could vouch that I wasn’t a troubled child, just a starstruck movie fan.

I also had a thing for Joan Bennett, who played Elizabeth Collins Stoddard. 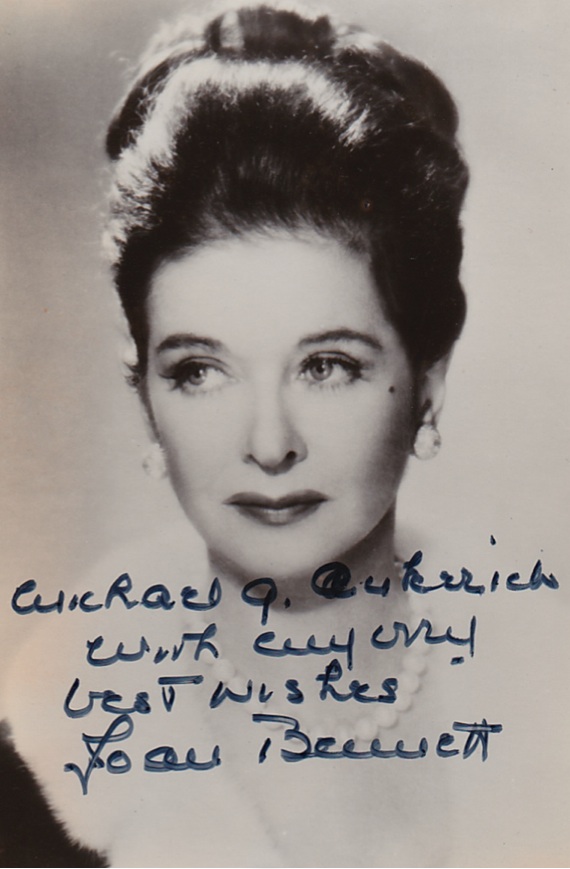 Not a crush on her, you understand, but I was gaga over her eyelashes, her beauty mark, and those 1930s movie star lips. Although the show was in black and white, I imagined her pucker to be blood red.

I had Dark Shadows posters, a board game, even a set of glow-in-the-dark vampire teeth.

I also thought that Angelique (Lara Parker) was about the prettiest woman I had ever seen.

My friends and I once built a Dark Shadows TV set in the barn across the street. I, of course, alternated between playing Barnabus and Elizabeth. 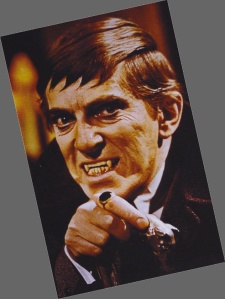 Barnabus Collins, one of my first childhood heroes.

Dark Shadows eventually went off the air and, much to my parent’s relief, I grew out of my Dark Shadows fixation. By the mid-1970s, I had moved on to Barnaby Jones and was making plans to be a private detective when I grew up. But that’s another story.

Imagine my delight last month when Charlie announced that we could now access all episodes of Dark Shadows through his Roku–is that the right word? I thought he was pulling my fangs until he pointed the remote at the TV and brought Barnabus Collins into our den.

I am hooked once again. I write fewer blogs and have even put reruns of Judge Judy on pause.

I bought a book chronicling the recollections of Kathryn Leigh Scott (Maggie Evans) and a fabulous biography of the Bennett sisters by Brian Kellow. Read this book.  It is well researched and an easy read. You’ll love it! 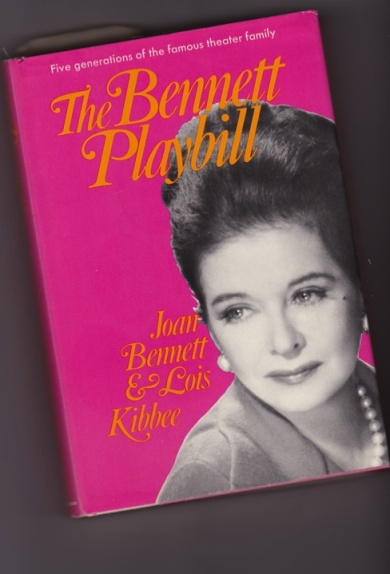 The other night, I pulled my Joan Bennett file.  I had some correspondence with her over the years.  I’ll share some of it with you. 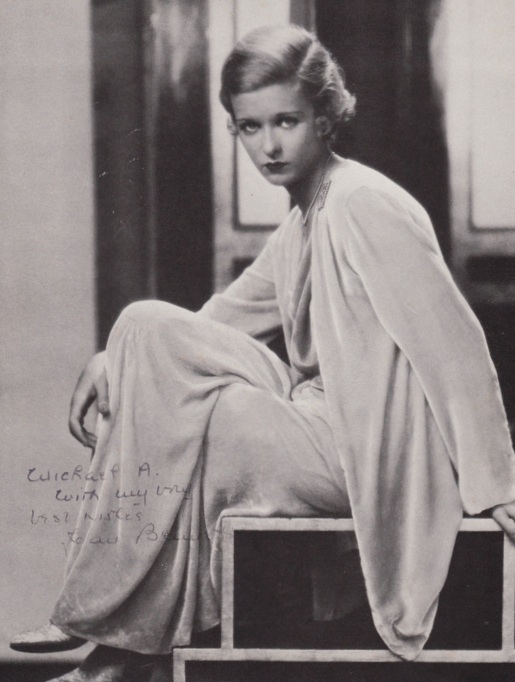 Joan as a blonde.

After all this time, the show still holds me captivated.  We’ve both aged pretty well, I must say. I study the characters through these aging eyes of mine. While I wonder what I ever saw in Barnabus Collins, I’d give up my vampire teeth in a minute for a pair of those 1930s movie star lips — that Joan Bennett pucker! 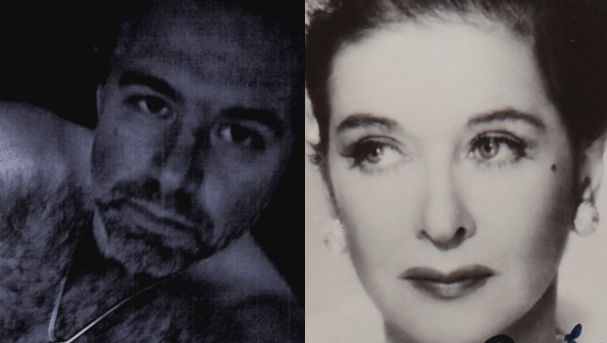 Michael and Joan….Michael trying out the Joan Bennett pucker.

Here is the earliest Joan Bennett autograph I have. Signed in 1932.  How many others can you name? 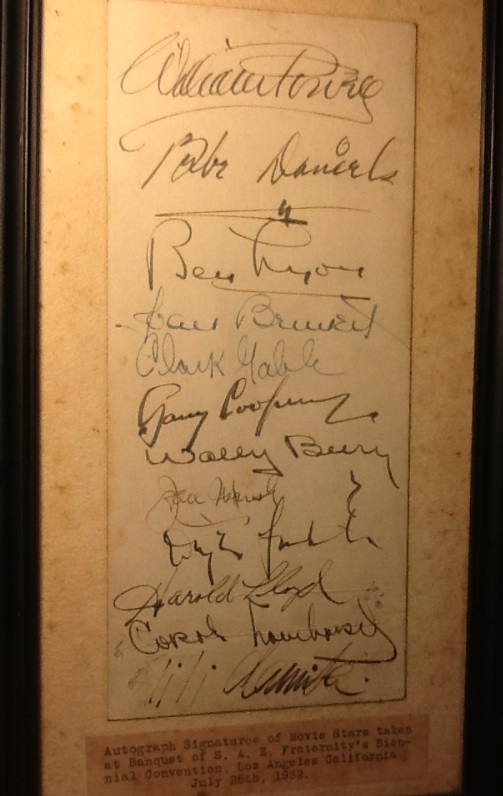 I asked Joan whether she ever made silent films.

I asked her what was the best advice anyone had ever given her. 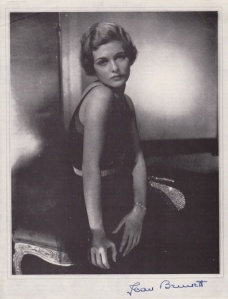 I asked Joan to autograph several photos for me. 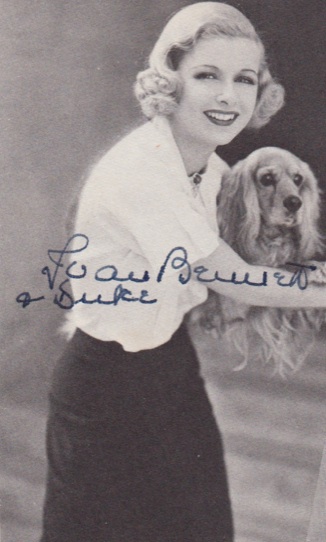